Jesus the Son of the Most High God

Matthew 11 - O what a chapter of Holy Scripture

This chapter begins with the identification of the promised Messiah. The evidence was in His miracle working compassion and the preaching of the good news to the poor.

Then, in an unusual way He identifies John the Baptist. John was somewhat of a lone ranger who spent most of his time away from the cities, eating scant food and dressed in poor clothes. Yet the Lord Jesus identifies John as the promised ‘Elijah’ (Malachi 4:5) . As the forerunner of the Lord, he is described by the Lord as the greatest of the prophets.

The Lord Jesus presents the responsibility that comes with privilege. The people had opportunity to respond to John’s preaching of repentance, but many did not. They then had the opportunity to rejoice at the arrival of God’s Messiah, God’s Son, the Saviour of the world. But sadly most of the people just looked on with indifference. They didn’t want to change. So the Lord spells out the terms of final judgement –‘ it would be better for the wicked people of Sodom in the day of judgement, than for these religious people who saw the Lord, but would not believe!’ (Matthew 11.23-24).
Then in a moment of private prayer Jesus sums up the situation – “O Father, Lord of heaven and earth, thank you for hiding the truth from those who think themselves to be wise and clever, and for revealing it to the childlike.”

Then (please take this in slowly) He goes on to describe His relationship with God the Father – “My Father has given Me authority over everything.” What a claim to greatness, yet He goes on to say “I am meek and lowly in heart”!  Unspoiled by the sin of pride and arrogance, He indeed is the only one who can give rest and peace .

But He is not finished ( and I admit I have skimmed over much).
He identifies Himself as the only one who can reveal the Father from the standpoint of relationship. Moses did well in revealing God for he was God’s servant. Jesus reveals God fully, being God’s Son.
How powerful and precious the invitation becomes:

PS the compass of the Bible once again points to the Lord Jesus.

The Priority of life 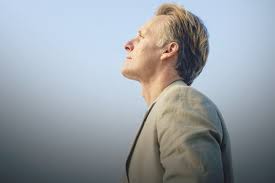 To stand in awe of God as almighty, holy and full of unfailing love.

Anything less leads to idolatry .

He is the designer. He intended the ultimate blessedness of humanity in Himself, with Himself, to Himself. The universe has no purpose without Him, but in Him true fulfilment can be realised. He is the initiator and enabler of the grand design.

In a world that looks out, lets us look up.

We have the honour of being able to know him , to understand His purpose, to wonder at His handiwork and to walk in His ways.

JRM
Posted by signpost at 1:10 PM No comments:

Email ThisBlogThis!Share to TwitterShare to FacebookShare to Pinterest
Labels: God 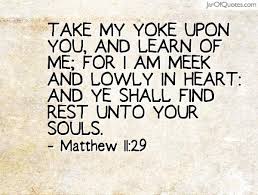 "Blessed are the poor in spirit, for theirs is the kingdom of heaven"  (Matthew 5:3)

or in the NLT

"God blesses those who realise their need for Him, for the kingdom of heaven is given to them"

It is indeed a happy experience to learn more and more the attitude of life to be 'leaning on the everlasting arms' of God our Father. It was and is the work of Satan to make us independent of God (Genesis 3), and continues as the cause of moral and social decay today.

JM
Posted by signpost at 8:12 AM No comments:

The days of Israel’s  fall and recovery from Babylon

The narrative of Israel’s fall due to their sin, in particular the sin of idolatry, is very sad indeed. In the story is the evidence of God’s divine judgement. Also woven into the history are glimpses of divine grace e.g. the preservation of Daniel and his friends. Some might have been tempted to ask  “where was God”, during the destruction of the city, the temple , the nation. That question was also asked of the holocaust!

The very terms of the restoration of Judah and Benjamin to Jerusalem was evidence of the sovereign grace of God. He alone can change the king’s heart.
The story of the recovery of the city, the land, the temple is quite thrilling. God moves in and through a remnant to restore the honour of His name among the nations. I recommend you read it again.

As I come to the end of my meditations, I have found it quite heartbreaking to read of the repeated failure of the people who returned to Jerusalem. Idolatry seemed to have been purged from the nation, but commitment and enthusiasm toward the Lord God seriously failed. God sent Ezra, Nehemiah and other prophets up to Malachi, to revive the devotion of the people, but circumstances, distractions and half-heartedness so often extinguished the flame of commitment.

It is so like the word of the Lord to the church at Ephesus.
“You have left your first love” (Revelation 2)
I observe that Nehemiah instituted a written covenant of commitment (Nehemiah 9,10), but even that failed.

The lesson I learn from my recent weeks of reading this part of God’s story, is found in the words of Jude:
“Keep yourselves in the love of God”
Or as Paul wrote:
“that Christ may dwell in your hearts through faith” (Ephesians 3)

May it be so for all my readers around the world.  Whatever your circumstances, remember that God loves you and by His Holy Spirit wants you to enjoy His nearness every day. Be encouraged by reading Malachi   Chapter 3.16-18.

John McKee
Posted by signpost at 9:25 AM No comments: